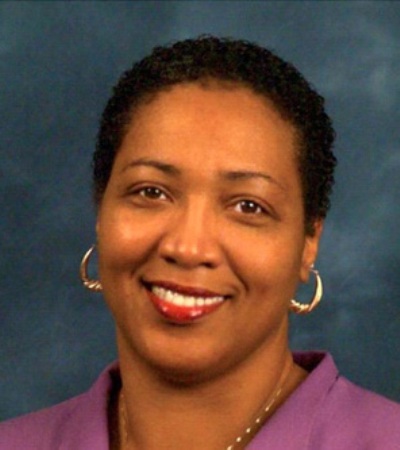 Anointed Community Services Int'l (ACSI), a 501c3 nonprofit organization in Clermont, Florida USA was incorporated on April 26, 2010 by Linda D. Cowels with the support of her eldest sister, Saida Cowels-Watson. They had a desire to leave a legacy in honor and in memory of their mother who died at the early age of 49 of breast cancer and their grandmother who rescued them from impending foster care when they were young. Their goal is to educate, empower and raise the awareness of the struggles of single women with children, youth and teenage girls, homeless veterans, seniors and the plight of the developmentally disabled.

After the death of Linda's mother in 1978, Linda realized that she needed to grow up quickly and support herself with a job. She began working at Seminole State College as a Clerk Typist at the early age of 18.  She obtained a two-year degree in Paralegal Studies with coursework in Business Management; and an Associate and Bachelor's degree in Christian Theology. Over a period of 31 years Linda progressed through various positions at the college and ended her career as the Executive Assistant and Office Manager for the President of the College. She also spent almost 20 years of her life as a single parent and raised 3 children alone.

In 2010, shortly before retiring, Linda incorporated Anointed Community Services Int'l and began her passion to help the disadvantaged. She and her sister began providing care packages to mentally ill clients who were in a transitional home in Jacksonville, Florida.

After spending the first 8 months of retirement in the Dominican Republic, Linda returned to the United States in July 2011, and sought for a homeless shelter to be able to teach Job preparation, Life skills and Computer training. Linda began providing training at New Beginnings of Central Florida in Clermont, and discovered that training the homeless made her feel like the "happiest woman in the world." She knew that this was her purpose in life because it was extremely fulfilling. Over the past several years, many single women who were homeless have transitioned into their own homes, become entrepreneurs, and learned how to successfully parent their children.  Homeless men and women, troubled youth, elderly, veterans and disabled citizens in the United States and around the world have been helped by Anointed Community Services International, and many have been able to learn new skills, transition successfully back into the work place, receive social services, become entrepreneurs and overcome many barriers to their success.  After watching a 60 minute broadcast about homeless families in America and indigent women in Africa dying of breast cancer, Linda received a tremendous burden to help women and orphaned children in Africa.  She established a legal NGO in Africa, Anointed Community Initiative with a mission to educate orphans and poor street children.  Linda has traveled to 7 countries providing education and humanitarian aid.

Testimony:  In 2012, Linda Cowels found a 700 square foot building in Minneola to be the home of Anointed Community Services Int'l.  Linda used her retirement funds to start and sustain the nonprofit.  With an apartment for her and her two grandchildren, after 2 years, she was no longer able to afford paying rent for both buildings.  Linda contemplated closing down the business, but clients who she had helped begged her to stay.  With a heart of compassion, Linda decided to look for a room to rent so she could keep the building for the nonprofit and continue helping clients. She found a room and made a verbal agreement with the owner that she would move in at the end of the month.  Unfortunately, the owner changed her mind and Linda was left with no place to go.  There was no other choice but to live in the building.  So, she put her furniture and belongings in storage and moved into the building with her clothes, shoes and a few other personal items.  Linda lived in this building for 7 months while she faithfully provided help to the homeless, the elderly and the disadvantaged residents of South Lake County.  She would park her car in the back at night, and at 9AM the next morning she would drive around to the front of the building and put the OPEN sign on the door.  At night, she put 6 chairs together with a thin mattress that was made for a cart, and there she slept each night.  It must have been the angels of God watching over her, because this building was right next to a local restaurant and bar.  Many times Linda could not go inside to sleep because revilers would be outside in the streets drinking and she didn't want anyone to know she was living in this building. The building had a small bathroom with no shower, only a small sink and a toilet.  Linda assisted the homeless clients with a passion, because her brief experience was very similar to theirs.  At the end of the 7 months it became unbearable with fumes coming through the air conditioner vents, and Linda began to pray more fervently for an office and a place to call home.  Thankfully, God used Steve and Linda Smith of New Beginnings of Central Florida to offer Linda a way out.  God worked a miracle in a way that many find hard to believe.  Over the years, there were many moves with no place to call home. Those who assisted the nonprofit with space were New Beginnings, Integrity Christian Academy, Faith Neighborhood, and Primerica.  In 2017, Anointed Community Services entered a contract with the City of Groveland to manage the Elese Tomlin Community Center at 204 Gadson Street, Groveland, Florida.  Today, the nonprofit manages a thriving community center with 25 children who attend an After School Tutoring Program, 115 women who are enrolled in the Women's Inspire Network; and 25 seniors and developmentally disabled adults who enjoy a free lunch and fellowship once a week.  Linda expresses her gratitude to the organizations that opened their doors for the nonprofit during their wilderness experience, and allowed them to continue serving the disadvantaged community.  As the founder of Anointed Community Services, Linda has persevered to see the fulfillment of her God-given dream, and the organization has survived.  With nine (9) years of service in South Lake County, Linda, as the president and founder, lives out the slogan, "we serve our clients with passion."

The Founder, Linda Cowels, president of Anointed Community Services International (ACSI) considers it a true privilege to serve humanity as she pursues her true purpose in life.

ACSI is a 501c3 non-profit community-based organization that provides services to citizens of Florida and abroad.

Our primary focus is on youth, single women with children, and the elderly who are economically and technologically disadvantaged.

We provide training and development to our target population in order to promote self-sufficiency. We empower our clients with the necessary knowledge to promote lasting change, by teaching the principles to become small business owners and entrepreneurs in order to create and maintain jobs in their local communities.